About Castillo Perelada: Wine has been made at the Castillo Perelada since the Middle Ages, as shown in several documents and parchments from the period to be found in the library. When Miguel Mateu bought this ensemble of monuments in 1923, one of his primary objectives was to revitalize the wine producing tradition, a tradition that is more alive than ever these days and which has incorporated the most modern technology to create wines that make full use of the nuances of the soils and vines of the Empordà. Arturo Suqué took charge of Perelada after the death of his father-in-law, Miguel Mateu, in 1972. For decades, he led a deep transformation based on an obsession for quality with a main goal: place Castillo Perelada among the most prestigious Spanish wineries.
Being faithful to Miguel Mateu’s love for culture, Arturo Suqué and his wife Carmen Mateu started the Peralada Castle Festival, a cultural event that is today internationally recognized.
The third generation, led by Javier Suqué Mateu, has committed to quality wines, planting and purchasing new vineyards and creating a great technical team. The research work which allows Perelada to bring out the best from the Empordà region is also remarkable.

Description: On December 15th 1960, after one year of nearly secret engagement, Baudouin of Belgium surprised Europe by marrying the Spanish Fabiola de Mora y Aragón. A Perelada Gran Reserva was chosen for this wedding. To commemorate these monarchs of international prestige, we still make the Balduino & Fabiola wine, using the same label that was used in 1960.
The varietals used are Garnacha negra (26%), Cabernet Sauvignon (24%), Merlot (21%), Syrah (16%), Samsó (9%), Monastrell (3%), Cabernet Franc (1%). Aged for 20 months in Bordeaux barrels, 50% Allier French oak and 50% in fine American oak. The rest in bottle. Cherry red in colour. Aroma with hints of red fruits and spices, balsamic notes and a roasted background. The palate is round. Fresh, structured and balanced. It has some tannins present but very well integrated, and the acidity brings a lot of aging capacity. 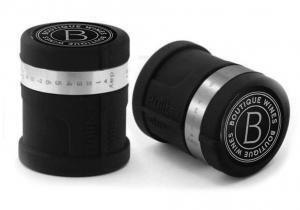